Terry Prone: Reflecting on burgers and boobs in an era without Trump’s tweets

Originally Published in the Irish Examiner

“I’ve turned off the radio because I can’t take any more bad news or sadness,” a friend said, clearly ringing me to fill in her consequently empty morning.

“Also, I’m sick of ministers being asked for certainty.”

Certainty is a rare, sporadic gift that happens, not when hope and history rhyme, but when data survives a couple of days’ rigorous examination.

Repeated statements, often by broadcasters, that “people want certainty” are barking at the best of times, but spectacularly crazy in the middle of a pandemic.

The only certainty, right now, is that a Mardi Gras version of the virus is walking down an airbridge in Buenos Aires, boarding a flight to Europe and actively searching for a connection to Ireland.

One way or the other, we’ll be saying “Olá” or whatever is the appropriate greeting to a Brazilian virus, within days.

You want certainty? There’s your certainty. And it kind of pulls the rug out from under every other certainty.

Terry Wogan used to have great gas with a Kenny Rogers song called ‘You Picked a Fine Time to Leave me, Lucille’, Lucille being a rural mother of four who decides that although she’s no quitter, she’s “finally quit livin’ on dreams” and is looking for whatever the city has to offer.

She has just shared this with the singer when a man who looks out of place comes into the bar.

The song goes on: “The big hands were calloused, he looked like a mountain; For a minute I thought I was dead. But he started shaking, his big heart was breaking. He turned to the woman and said, ‘You picked a fine time to leave me Lucille. With four hungry children and a crop in the field.’”

Terry Wogan rewrote that last line so it went “with 400 children and a crock in the field”. 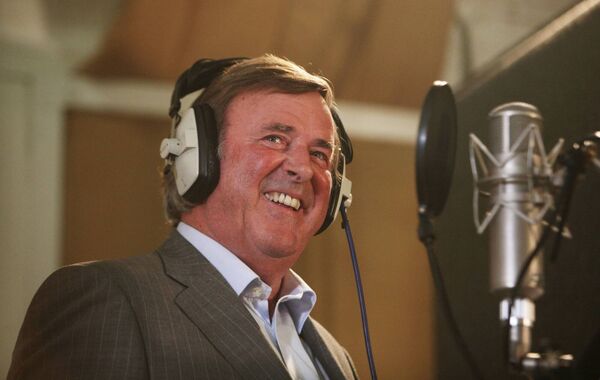 But what roots me to the ground today is the realisation, right in the middle of re-reading Truman Capote’s Breakfast at Tiffany’s, that the song has every appearance of telling the same story, in almost every detail, as that novel.

In the book, Holly Golightly is married, young, to a decent rural farmer with whom she has several children before deciding that life as a “good time girl” in New York is what she really wants.

He follows her and the discussion mirrors the dialogue in the song. Now, the question is, how have literary scholars not picked up on this before now?

The answer, I suspect, is that literary scholars don’t listen much to Kenny Rogers.

I’m not, of course, suggesting plagiarism on the part of either of the songwriters, one of whom is still alive. It’s just a fascinating and amazingly detailed coincidence.

Taking Trump off Twitter is having an enormous knock-on effect on mainstream media.

Social and mainstream media live off each other, and for half a decade, mainstream media has built its stories and much of its outrage on what Trump has said on Twitter each day or each night.

Now that silence has been forced on him by the new corporate moral arbiters, mainstream media has to recalibrate.

In that context, some of the commentariat suggesting that we need Biden to be boring is pure weird.

If he’s boring, the relief, according to this theory, will be tremendous. Must find if Paddy Power will take a bet on it not working out that way. Because boring is not good.

Boring is never, ever good. Research shows, for example, that having a boring job is measurably more stressful than having a pressured job.

A boring president will get a half-honeymoon, during which the worthy will praise him for installing or reinstalling the worthy.

But you know what? The worthy (including the Irishwoman whose autobiography is actually entitled The Education of an Idealist, lest you miss just how worthy she is) do not generate copy. Mainstream media’s going to be carpet-chewing pretty quickly.

At dawn, a colleague and I discuss the carload of what a tabloid newspaper calls “Silly Burgers” who drove 80km to reach McDonalds and buy fast food.

My colleague — a fitness freak, it must be said — mutters that he’d walk 80km to get a Big Mac, right now.

Although he wouldn’t really have to, he adds, since he lives in Swords, which is the takeaway capital of Europe.

“Is this statistically evidenced?” I ask.

“I believe so,” comes the response.

“Certainly in the free State. I think on the island. Larne competes with it.” What an area of specialist knowledge for a future Mastermind.

Bord na Móna, over the past couple of decades, has been doing phenomenal rebranding and repositioning.

It will appear as an exemplary case study on Irish Management Institute courses: “How one Public Service Body Reimagined its Mission.”

Founded to provide briquettes to power stations and homes, Bord na Móna did it with spectacular efficiency and constantly-developing technology.

When this became clear, it moved swiftly and in visionary fashion to become a friend to the environment while still providing jobs and has now announced it’s not going to make any more peat briquettes.

No more advertising with a crackling fire in the hearth. No more  Marino waltz, that sweet, slightly melancholy music I danced to in my kitchen whenever it came on, with my husband, the best dance partner in the business, him humming into my hair.

Let’s hope the waltz slides free of association with air pollution and that John Sheahan’s lovely melody sticks around.

Her home state planning to put a statue of Dolly Parton outside its capitol building sparks the recollection of being riveted by the buxom angels around the Daniel O’Connell monument, some of whom, to quote O’Casey, had been “shot through the buzzom” during the civil war.

Substantial breasts, bullet-punctured, were fascinating to a child on the top deck of a bus.

Now, if you have made a connection with a putative statue of Dolly Parton based on breasts, well, that’s your problem, isn’t it?

Me, I was just about to propose that any statue of the country singer, songwriter, actor, philanthropist, and all-round great human being would attract a lot more attention, now and in the future, than the usual statues of generals (male) riding horses, or statesmen making oratorical gestures.

It must carry a Parton quote though. Like, perhaps, “It costs a lot of money to look this cheap.”

Still ploughing through weird-ass packets from a Christmas hamper. Hampers mean well, but they’re full of the innovative crap you wouldn’t normally buy because you have more sense.

back to news list
SHARE ARTICLE
Our Content
In The Media
Anton Savage’s Bizarre Stories of the Week – Dave Fanning, RTÉ 2FM
In The Media
Lorcan Nyhan: Just give us a clear plan so we have the joy of anticipating our reward
In The Media
Terry Prone: Sit! Stay! Puppy training may be the only way to cope with that ten-gallon eejit, Ted Cruz
In The Media
Sarah Geraghty Talks Career Advice on NearFM
More